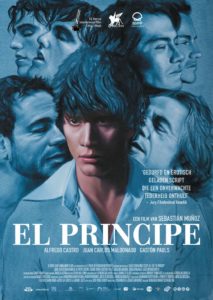 Chile, 1970: After stabbing a former friend, young Jaime (handsome newcomer Juan Carlos Maldonado) is imprisoned and forced to negotiate the violent ways of life inside. Confined to a cell with four other men — and only one bunk bed — Jaime quickly sees the lie of the land and starts to lay the groundwork for his ascension to his role as ‘The Prince’ (the English title). Being gay, he also finds that prison life affords many sexual and romantic opportunities that the decidedly homophobic ‘free’ society does not… 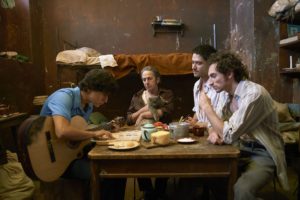