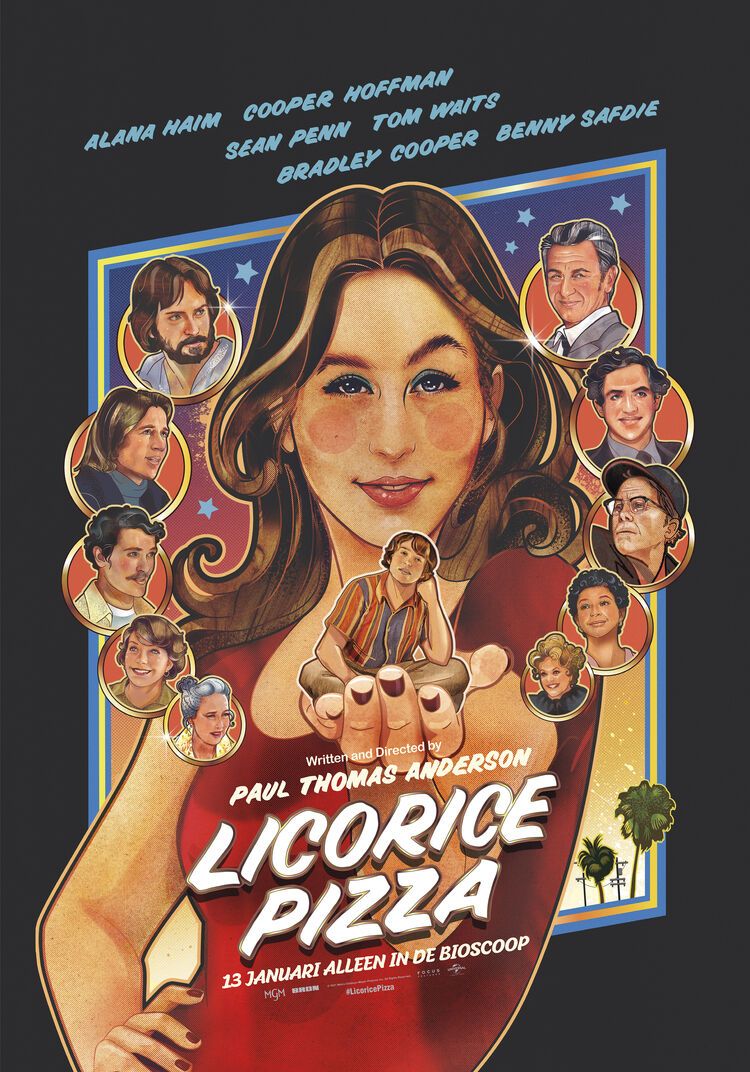 Paul Thomas Anderson constructs a whirlwind of a story, set in the early 1970's that encompasses romance, thrills, politics, a waterbed franchise, pinballs and the Hollywood system.

What a joy! When confident 15-year-old Gary (Cooper Hoffman, son of the late Philip Seymour) spies photographer’s assistant Alana (Alana Haim, of the pop rock band Haim) at his school one day, it is love at first sight. Being at least ten year’s older than him, Alana is incredulous at his offer of a date and rebuffs the lad—but his winsome charm sparks something inside her, and a friendship is born. From this base, the great Paul Thomas Anderson (‘There Will Be Blood’, ‘Phantom Thread’) constructs a whirlwind of a story, set in the early 1970s, that encompasses romance, thrills, politics, a water-bed franchise, pinball machines, the Hollywood system (Sean Penn is amazing as a cross between Steve McQueen and William Holden, as is Bradley Cooper as Barbra Streisand’s real-life beau at the time Jon Peters), the OPEC Oil Crisis, and humour by the bucketful. Along with ‘The French Dispatch’, this is the best film to come out of Hollywood in a year. ‘Thrilling… The filmmaker fuses a comedic romp of romance and self-discovery with a sharp debunking of classic Hollywood myths and heroes… Anderson displays a rare and gleeful narrative audacity: he turns the film into a full-blown version of “Once Upon a Time… in Hollywood”, albeit one that’s vastly superior to Quentin Tarantino’s, because, unlike Tarantino, Anderson doesn’t drink the Kool-Aid. He doesn’t defer to Hollywood’s self-serving and self-aggrandizing mythology but, rather, submits it to sharply detailed, dramatically exhilarating, satirically incisive examination.’—Richard Brody, The New Yorker
Close
Close