Once every two months, International Center Tilburg and Cinecitta organize Expat Cinema. The film evening for internationals in Tilburg! International Center picks a relevant film and facilitates extra activities, such as lectures, live music, drinks and more. This month: Bigger Than Us. A film about young people making impact across the globe!

International Center is a social organization facilitating positive impact for Tilburg’s international citizens. They do so by providing free help, Dutch courses, events and connecting internationals to Tilburg.

The film: Bigger Than Us 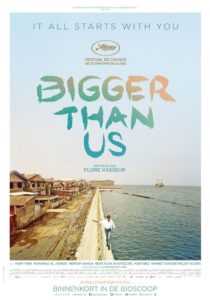 The Dutch-Indonesian Melati Wijsen (20) has been taking action against plastic pollution for years and with great success; at a young age she managed to clear the island of Bali from plastic bags. Together with Melati, a powerful generation rises with the goal of restoring the world.

Bigger Than Us shows Melati’s intriguing and moving journey where she meets other young changemakers who dedicate their lives to a better future. They are committed to, among other things, human rights, the climate, freedom of expression and access to education and food. From the favelas of Rio to remote villages in Malawi, on makeshift boats on the coast of Lesvos Island to Native American ceremonies in the mountains of Colorado. At a time when everything seems to be falling apart, these young changemakers show in an inspiring way that everyone can make a difference for a better world. 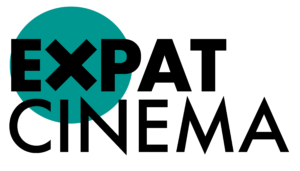 After the film, International Center provides the opportunity to stay and talk. At the venue there is a beautiful seating area where we can sit comfortably and meet each other.

Join the international community of Tilburg!